We have a fantastic new product to hit the shelves this coming week. If you have never heard of Colloidal Silver, read on. It just might change your life.

There are many articles on the topic but I found this to be very easy to understand.

According to a report written by Richard Davies and Samuel Etris of The Silver Institute in a 1996, there are three primary ways that colloidal silver can help heal the body: (3)

By having a direct effect on cellular respiration, colloidal silver benefits the body in numerous ways. There are, however, eight proven healing properties that I consider to be particularly supported by the medical literature.

First, colloidal silver’s ability to control antibiotic-resistant superbugs is astonishing. While employed at UCLA Medical School in the 1980s, Larry C. Ford, MD, documented over 650 different disease-causing pathogens that were destroyed in minutes when exposed to small amounts of silver. (6)

Colloidal silver, unlike its modern prescription antibiotic counterpart, simply doesn’t create resistance or immunity in the organisms that are killed by it. This point cannot be emphasized enough, especially in light of the Centers for Disease Control and Prevention (CDC) recently reporting that more than 2 million people in the U.S. suffer illness every year as a result of antibiotic-resistant infections and 23,000 die from these infections. (7)

Robert O. Becker, MD, says that colloidal silver stimulates healing in the skin and other soft tissues. (8) In a research article produced by Pharmacognosy Communications in 2012, it was specifically recommended that certain colloidal silver preparations should be considered for topical use to treat burns, thrush, periodontitis and other conditions. (9)

For instance, you can treat ringworm (Tinea capitis) at home with colloidal silver because it’s a potent anti-fungal. Caused by a fungus that lives on the top layer of the skin, ringworm presents as round, scaly patches. It’s contagious and spread by skin contact and by contaminated materials, such as clothing.

Colloidal silver benefits many skins conditions such as psoriasis and eczema as well. It’s soothing to scrapes and even repairs tissue damage from burns.

Pink eye is an inflamed mucous membrane that covers the eyeball and eyelid lining, and it’s primarily caused by a bacterial or viral infection. Colloidal silver can be used for prompt action against this irritating and highly infectious virus and bacteria.

When applied on the infected eye, the tiny silver colloids pick up the infected cells by attracting them electromagnetically and sending them into the bloodstream to be eliminated.

In this case, the prescription antibiotic will be useless, whereas colloidal silver is effective regardless of what may be causing your infection.

Colloidal silver benefits can be experienced as an anti-viral for HIV/AIDS, pneumonia, herpes, shingles and warts. Dr. Martin Hum, from the Institute for Optimum Nutrition, lists colloidal silver as one of the natural remedies to stop viruses fast. (10)

Colloidal silver suffocates the virus and can even reduce the activity of the HIV virus in AIDS patients. There are also numerous anecdotal accounts of colloidal silver’s efficacy against the hepatitis C virus.

Colloidal silver is also a fantastic anti-inflammatory remedy. Case in point: Researchers at the National Institutes of Health (NIH) studied the effects of inflammation after being treated by colloidal silver; they found that the inflamed skin of pigs treated with silver experienced near-normal skin after 72 hours, while other treatment groups not treated with silver remained inflamed. (11)

Research is beginning to reflect what many people have already known anecdotally for years — that colloidal silver can reduce swelling, speed healing, and boosts cell recovery!

Widely used to control sinus infections, colloidal silver can benefit people as a nasal spray, according to a study published in the International Forum for Allergy and Rhinology last year. (14)

Specifically shown to kill Staph aureus, you can add a few drops of silver in a “neti pot” or by applying directly into your nasal cavity and letting it drain down your throat by tilting your head back.

Also, it’s important to point out that recent research indicates that hidden infections by pathogens could be a cause of respiratory inflammation associated with common allergies and asthma. Colloidal silver destroys Pseudomonas aeruginosa infections, which may be the reason why airborne allergy sufferers often find such dramatic relief from colloidal silver.

Some claim that colloidal silver helps prevent all types of flu, including swine flu, as well as the common cold. (15)

Few studies have been done to test this clinically, but in 2011 the NIH took 100 children under the age of 12 suffering from the common cold and nasal congestion and assigned them into two groups; the first group was treated with a solution of colloidal silver and beta glucan, and the second group with saline solution. Even though both groups benefited from the treatment, 90% of the people in the colloidal silver group completely recovered! (16)

Our modern drugs have become limited in their efficacy when it comes to fighting bronchitis or pneumonia. Typically, antibiotics are administered as the first line of defense, but when the pneumonia is viral, antibiotics won’t help in the least. The nice thing about colloidal silver is that it can help regardless of the pathogen.

Colloidal silver is a remarkable product to help fight against bronchitis and pneumonia when ingested internally, but an even more effective way to utilize it? Simply breathe it into your lungs.

This way, the silver directly contacts the germs residing in the lungs, which are causing bronchitis or pneumonia. It’s basically the same thing as using respiratory support, and it works speedily, clearing it up within a couple of days.

Disclaimer: This article is intended to be a general resource only and is not intended to be nor does it constitute medical advice. Any recommendations are based on personal, not professional, opinion only. Individual results may vary. Please see your doctor before trying any home remedy. 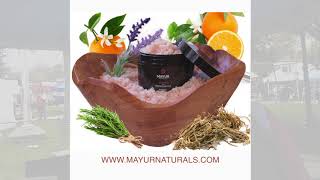 THE SEASON OF LOVE

WHY DO WE NEED VITAMIN E OIL?

Do We Really Need It?

A Message To Our Community and an Easy Sanitizer Recipe